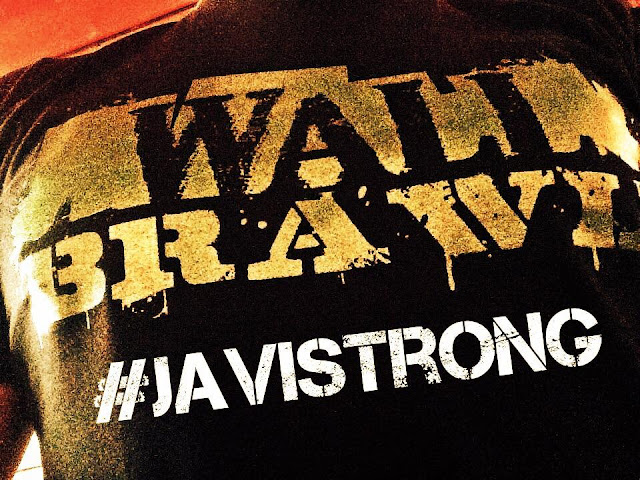 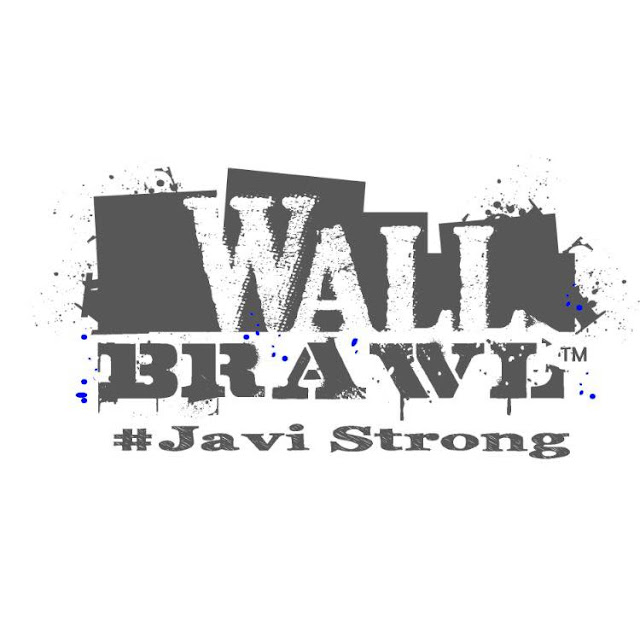 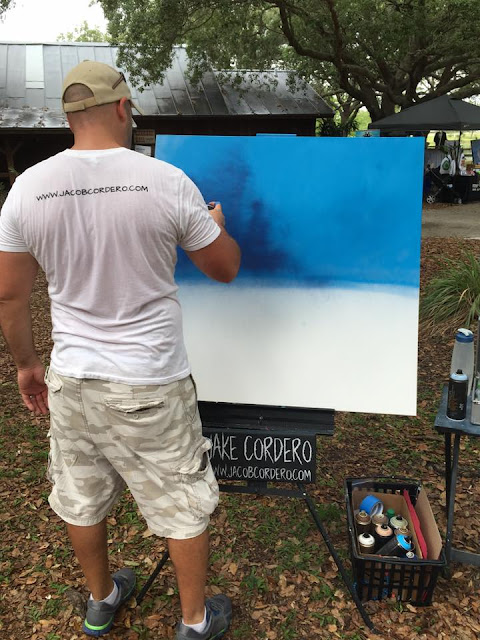 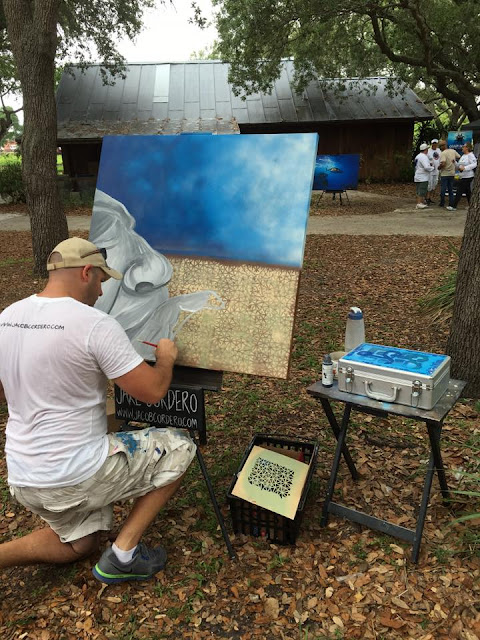 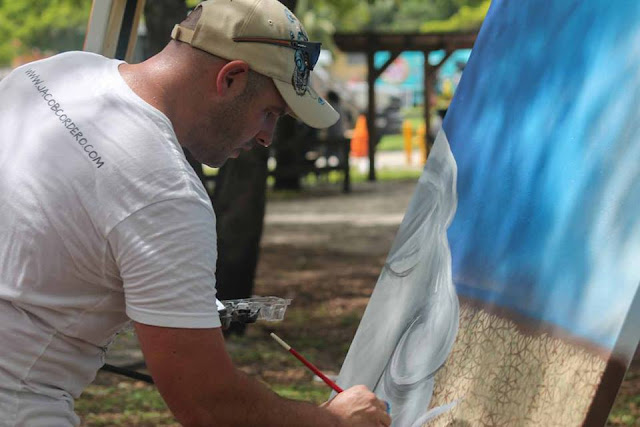 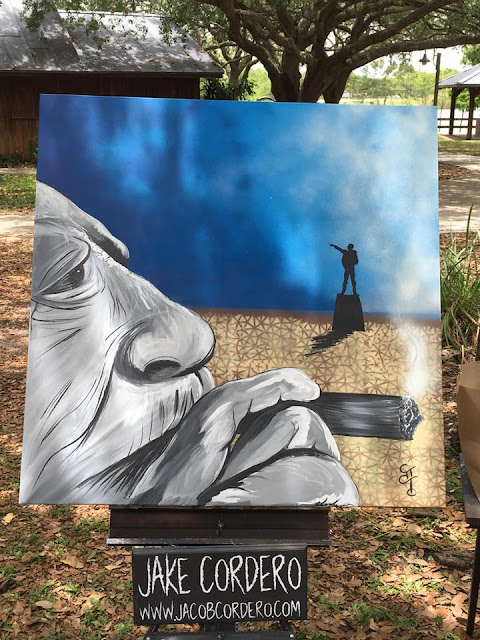 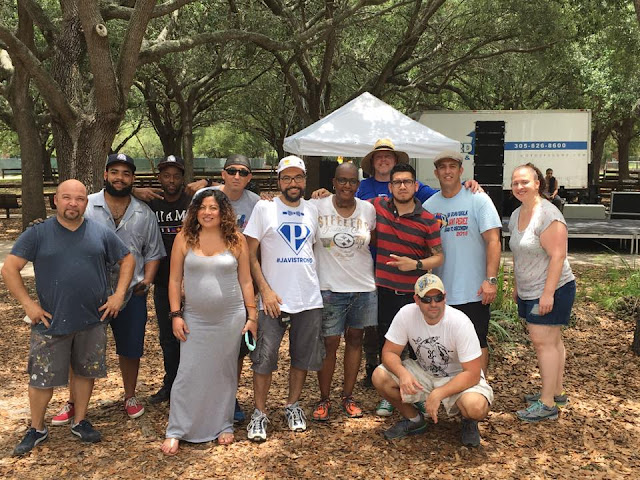 Last minute i get an invite to finally attend the Miami-known Wall Brawl.  Curated by the talented Derek Wilson.  He put together this semi-competition, but mainly to raise some funds for the recent unfortunately injured Javi Strong.  Javi Strong is a South Dade teacher who has touched many, many lives throughout his walk on this Earth, and was recently paralyzed while enjoying his son's Little League Baseball game.  A car jumped the curb and struck him, leaving him paralyzed ever since.  The South West Miami Community came together to create a 5K Fundraiser and Wall Brawl decided to host a Street Art Competition, in which all finished Art would be put up for auction and all proceeds go to Javi and his family.  I jumped on this as quick as I could.  Each of the 10 Artists had only 90 min to complete a comprehensive piece and we all strive to challenge one another.  I decided to do a throwback Cuban-commemoration piece of "Old Cuba" depicting a landscape of Havana, Cuba with a Memorial Statue of Jose Marti with an Old Cuban gentleman puffing on a Cohiba.  Was great to collaborate with Wall Brawl and I hope they invite me again.